Our favorite records of winter 2014

Let's hope that winter is actually winding down because this one was B R U T A L!  Our first winter open and Mother Nature was none too kind, as we were actually closed for five full days.  March is here, and while it is still under 20 degrees outside, we wanted to look back at the first couple months of 2014 and let you know what our favorite releases so far have been.  These records were easy to miss if you haven't been out and about, but there may be two or three you feel worth adding to your want list.  By the way, each one of these albums works better when listened to as a whole rather than as single tracks.  Take our word for it. 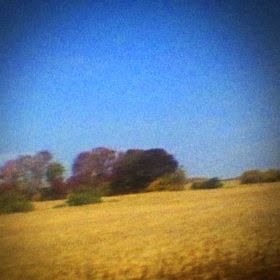 SUN KIL MOON--Benji
Mark Kozelek has been recording for 20 years now, whether solo, collaborative, or as a member of Red House Painters or Sun Kil Moon.  Benji (whose title was inspired by the dog movie from the 70's) is one of Mark's most personal records to date.  While there is plenty of storytelling going on, this one includes riveting tales of people who have died.  Whether stories of mass death relating to 9/11 or the Newtown school massacre, serial killers and their victims, or family members like is mother, father, cousin and her father, all are riveting when put through the Kozelek blender.  There are also stories of his first teenage sexual conquest and trips to visit the head of his former record label in Santa Fe (Ivo Watts-Russell of 4AD Records, an Englishman who actually does currently reside in Santa Fe).  While Mark sonically cribs from the Neil Young school of acoustic records, there is enough of his personality here to show what a true and unique voice he has.  The future will likely find Mark as one of the most talented writers of this generation, and Benji as one of his best albums. THESE NEW PURITANS--Field of Reeds
Possibly the definition of "critically acclaimed", the third album by These New Puritans is not for everyone.  It's not really anything like traditional rock music.  In fact, it may even be it's own new genre of music.  The closest relation would be something like Robert Wyatt or the later Talk Talk albums, a hybrid of jazz, classical, and English folk with a dark side.  Choirs, brass, bells, organs...plus a male lead singer with a conversational voice and a Portuguese female singer who appears more like a guest artist, words are used sparingly and poetically here to convey a feeling of hazy love and searching for life connections.  This is definitely the record for people who are looking for something different and prefer their music with a healthy dose of art. 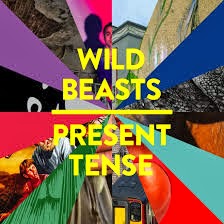 WILD BEASTS--Present Tense
Returning with their fourth album, Wild Beasts have an interesting sound, and Present Tense is their strongest effort to date.  Every one of their albums presents something different, and they have changed a lot over the years, from a sort of somewhat noisy indie rock band, to a darker, smoother, post-Radiohead styled art rock band with a penchant for sexual themes and male singers with high voices.  The voices we speak of are Hayden Thorpe (the higher voice), and Tom Fleming (the lower of the two--a bit like Guy Garvey or Elbow or Peter Gabriel), and whether solo per song or weaving in and out of each other's voices, Wild Beasts is a riveting example of a less-is-more approach.  Present Tense feels like a record that originally had many more layers that were stripped away as it was mixed, as lone guitar textures or singular synth lines resonate now with importance and clarity.  Not the most immediate record, it's the kind of album that rewards on repeated listenings, and bodes well for the future of the band. 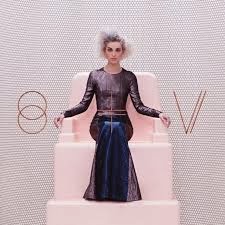 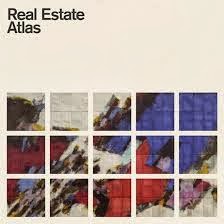 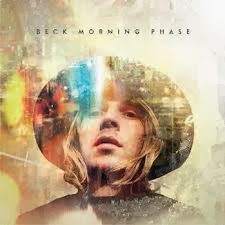 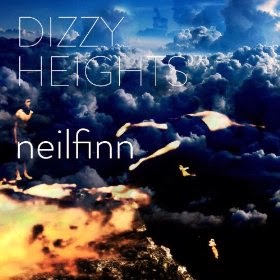 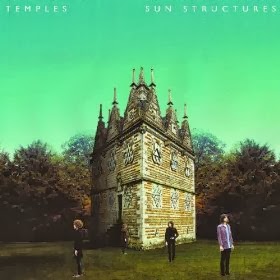 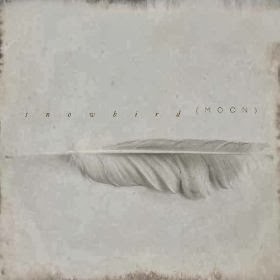 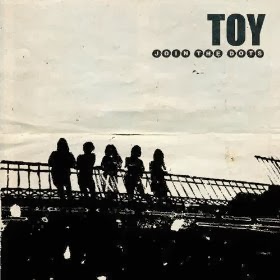 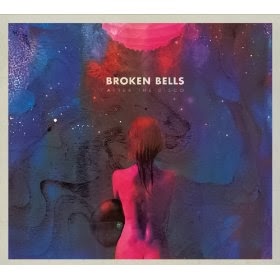 Posted by Jason @ Electric Avenue at 8:28 PM No comments: