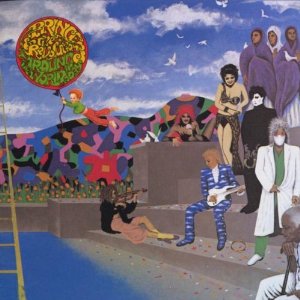 We thought it was about time to start an Album of the Week post where we choose an album, new or vintage, that we wish to highlight as something rather special.  Considering the thousands of records we've heard in our lifetimes, as well as the thousands we carry in the store (not to mention the handful nearly every week that bring something interesting to the table), we hope to bring to the blog albums that we love and love to talk about.  This is a purely subjective exercise based on our personal opinions, and if you find that you are left cold by what we have to discuss, it is likely because our general tastes don't mix (this doesn't mean we can't be friends).  It does not mean that we cannot hear redemptive qualities in music that isn't generally appealing to us...in fact, nearly everything has something to recommend it (some things more than others).  These entries are just meant to act as little love letters of sorts to albums that have had some impact in our music world, and maybe you will find or be interested in something that you never really thought much of before.

Our inaugural entry is a new release, the brand new Pet Shop Boys album, Electric.  We have already featured this album in store emails (sorry about the extra face time), but want to mention again what an extraordinary album this is.  In a year where Daft Punk is practically sainted for their retro-disco grooves on Random Access Memories (a history lesson in disco), Pet Shop Boys (that other electronic duo from across the English Channel) return with the heavily synthetic and modern Electric.  There are a couple reasons this is extraordinary:  1)Their last album, the lovely Elysium, appeared a mere ten months ago, and served as a pastoral reflection on being an ageing pop musician in a young persons' game, and 2)In their fifties, the duo of Neil Tennant and Chris Lowe have been at it for 30(!) years, and not only assembled a massive catalog of incredible songs to rival catalogs of Rodgers & Hammerstein or Lennon & McCartney, but sound newly energized on this loosely structured collection of rambunctious tunes. 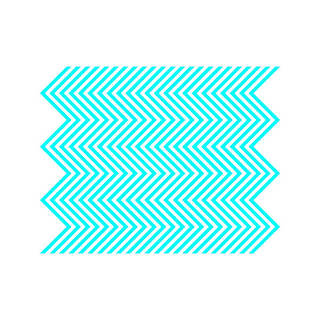 Rather than give a rundown of what all the songs sound like (there are plenty of reviews out there on the web, nearly all rating the album highly), we would just like to say a couple things about the general project.  The album is three songs shorter than it's predecessor, but about the same running length.  That allows the songs to stretch out more and breathe, bearing a similar resemblance to some of their earliest work on the Disco compliation and third album, Introspective.  Tapping producer Stuart Price (Madonna Confessions on a Dance Floor, Kylie Minogue Aphrodite) was a masterstroke at bringing them back to the strong rhythms and layers found in much of their early work.  Vintage equipment was used in combination with the modern to create a mixture of sounds that references older material with a wink while creating something completely new.

Of course, the subjects covered in the lyrics are typically wry and witty observations from Tennant's pen.  While a couple (mostly) instrumental tracks are present, other songs deal with moving forward after a breakup by busying oneself with extracurricular activities and shunning the prospects of future love ("Love is a Bourgeois Construct"), Thursday being the new-and-ever-earlier beginning of the party weekend ("Thursday"), and the transformative power of dance music ("Vocal").  There are a couple dark and provocative tunes placed in the middle ("Fluroescent", "Inside a Dream"), and a stunningly random cover of a recent Bruce Springsteen song ("The Last to Die" from 2007's Magic),  as well as a kooky song called "Bolshy" (something to do with being enamored with the new Russian capitalist youth).  By the end of Electric, you begin to realize that very few people in the world of dance music would ever think to write songs about subjects such as these. Tennant was a music journalist before becoming a recording musician, and continues to grow as a lyricist, while Lowe (the computer-geek half) is constantly pushing boundaries in chord progressions and song structure.  "Bourgeois" even goes so far as to using a melody from Renaissance composer Henry Purcell (1659-1695) as its main theme.  In fact, many of Electric's songs have lengthy intros, minimal choruses, verses functioning as choruses, or no chorus at all.  While they've dabbled with unorthodox song structures in the past, this liberation from rote songwriting began in earnest on 2009's Yes, produced by UK hitmakers Xenomania (Girls Aloud), who were known for placing choruses before verses, and that idea really takes hold here in a way that these guys realize they can do about anything they want structurally.  (They would be very humbled to be known as 'architects of song').

What this boils down to is Electric is a highly enjoyable summer dance-party album with an educational conscience.  It's just another fascinating chapter in the history of a band who recently ended their contract with Parlophone Records after a 28-year association and 50 million records sold when EMI was sold to Universal last year.  Instead of signing away rights to future material to join another major label, Neil and Chris decided to start their own label, x2, in association with music publishing company, Kobalt.  This has allowed them the freedom to promote the project how they see fit, and they have been so inspired by the response to the album, they are now promising a further two albums of similar material and production to function as a trilogy.  Here's hoping they get working on that idea sooner rather than later, as Electric really puts them back in touch with their energetic side, reminding us why we fell in love with their music in the first place.

Posted by Jason @ Electric Avenue at 8:49 PM No comments: