Hello everyone!  Thank you so much for being supportive of us as we have navigated all the challenges involved in coming back to the music world after an unscheduled interruption in service.  April 15 is our target opening date, although it may be a day or two later due to logistical issues.  Our space is currently being stripped to the bone, and we have been told we may be able to enter by April 7th, and maybe even sooner!  Record Store Day is fast approaching, and we want to make sure the West Chester/Chester County area community know we ARE participating, and have ordered as much product as we used to for the past couple Record Store Day's when we were working for somebody else.

On a more personal note, I plan on using this forum to discuss music.  I hope it will be a nice little spot where I can air some thoughts on music that I am currently obsessed with, and maybe you'll want to join in or comment a little.  Let me start by mentioning that I find it so exciting that David Bowie has returned from a ten year silence with The Next Day, another fabulous record produced by longtime collaborator Tony Visconti.  It follows on the heels of Heathen and Reality, two other Visconti produced records that came out post 9/11, but following a heart attack, Bowie went silent.  2013 couldn't have received a better gift than his return, and in these short, sharp gems, Bowie still has a lot to say.  Beyond the crazy cover art, this record rocks, and we will be honored to be selling it when we open.  Do not ever sell the man short. 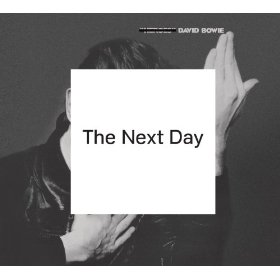 His Next Day falls with our Next Day.

So, a sign has been designed and ordered, computers are ordered, fixtures are built, ordered, or being stored, product is being ordered, and plans are being laid.  We are so excited about the future and cannot wait for you to be a part of it!

Remember the name and address:

We will be in the Cambridge Square Shopping Center between America's Pie Pizza and Arianna's Café, facing Rita's Water Ice.  We will be dealing in new and used vinyl and CDs, as well as new DVDs and videos, and will be paying credit or a little less cash for trades...in other words, WE WANT YOUR USED!