Best albums of the Third Quarter (or July--September 2013)

Maybe you've been wondering, 'where is that album of the week?' for the past couple weeks.  Maybe you have not, and unless you are among the few brave souls that read our updates here, you probably could not care less.  That's all fine and good, but we care enough to have taken a few extra days here to ruminate about the best music we've heard in the past three months.  A quarter of a year goes by in such a flash, but the amount of great music being made always seems to be a full meal.  While the third quarter is typically one of the slower release periods of the year, some really great music is usually unleashed during this time as artists are usually wanting to hit the road to promote their projects from late summer into early autumn.  2013 seems to be no exception, and we could probably make a best-of-the-year list out of what's here alone, but we will be gearing up for that in December.  (You may have seen our extensive half-year list a few months back.)

So, here are our favorites.  Remember, this list is TOTALLY subjective and only reflects our opinions.  You may have an opinion of your own.  That's fine, and we would like to see your lists as well if you feel like adding a comment.  We're sure there will be some great lists by the end of the year.  Here's a recent roundup then:

Posted by Jason @ Electric Avenue at 8:53 PM No comments:

Album of the Week #7: Goldfrapp--Tales of Us 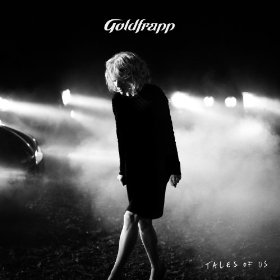 Fall has arrived and so has a landslide of new music titles.  This week, I'm taking a look at Goldfrapp's sixth album, Tales of Us.  If you are not familiar with who Goldfrapp are, it's OK.  America has yet to really wake up to this band, and they seem to like it that way.  They tour rather infrequently, and are most certainly not out to compete with Lady Gaga or Katy Perry for chart domination here.  Alison Goldfrapp was a sometime singer with UK trip-hop artist Tricky, and Will Gregory mainly a studio musician who played saxophone on Tears For Fears Songs from the Big Chair (see "Working Hour").  Will also played keyboards (lots of them), and Alison was a songwriter with operatic training, and they eventually formed a partnership that sees her as the face and stage presence aside Will's cinematic soundscapes.  Their first album, Felt Mountain, appeared in 2000 to rave reviews.  An atmospheric record, it featured lots of haunting strings, a bit of dark acoustic guitar and bass (courtesy of Portishead friend Adrien Utley), and a little bit of electronica on songs like "Utopia".  This sound was blasted open with their sophomore effort, Black Cherry (2003), filled with buzzing synthesizers and slamming drum machines ("Strict Machine" for one).

Goldfrapp (the band) made it clear that every album would be a little bit different from here.  Supernature (2005) blended sounds from both albums into a great hybrid that brought them their biggest sales in the UK, while Seventh Tree (2008) recoiled from all the synthetic dance music, opting for pastoral English countryside folktronica, coming off like a mix of Cocteau Twins etherealism and Nick Drake's sad reflection.  Head First (2010) has now been criticised by both Alison and Will for being too hastily recorded and too blatantly pop.  To some extent, they may be right, although that album isn't nearly as bad as they would have you believe, as it was their most direct statement, written while Alison was very in love, and it shows.

Like all other Goldfrapp records, Tales of Us is a reaction to what came before, and is Goldfrapp's most elegiac and haunting record yet.  The cover art sets the tone, with Alison strolling through a group of parked cars at night, headlights trained on her, in black and white.  It's in stark contrast to Head First's pinky-blue sky with her head floating in the middle, and the music is just as representative of the cover art as the cover art is of the music.  All the songs feature one word titles, namely names (a possible indirect reference to Cocteau Twins' Treasure album, in which every song featured a Greek name).  It's a mood piece and a collection, one that works much more effectively as a full length album than single tracks.  "Jo" sets the tone with a much more acoustic based sound than the previous album's pop-tronica.  It's quickly followed by "Annabel" and "Drew", two of the best and most beautiful songs on the album.  The former is quite sad, based on a harpsichord riff, and spins at length in sonic reference to Felt Mountain's lush textures.  The latter is a melodic centerpiece of the first half of the album, and features some of Alison's most intriguing lyrics and beautiful lyrics and singing to date.  "Ulla" and "Alvar" round out the first half with lush strings and Goldfrapp's sensual coo.  It becomes apparent that she disguises many of her lyrics through the delivery so the listener can make their own conclusions as to what she might be saying.  It's an open-ended gambit, but makes you want to listen closer just to pin down the meaning in the lyrics.

"Thea" has been described as a traditional Goldfrapp stomper, although I think that is a bit of a misnomer and an oversell.  It is, however, a great song, and the most energetic moment to be found here.  "Simone" and "Stranger" are quite different in character, but both have beautiful melodies and string textures.  "Laurel" is the most ambiguous song on the album, with Alison's lyrics quite obscured, and "Clay" ends things on a musical up note, with rushing melodies and a bit of synth pulse underneath the epic arrangements.  However, while "Annabel" is based on a Patricia Highsmith novel about a hermaphrodite forced to choose to become male, "Clay" is about a true story of two young male soldiers who met and fell in love during WWII, only for one to be quickly killed by the enemy, leaving the other to live on in sadness.  In these tales of us, nobody gets out unscathed, and nobody can be truly happy.  Loss is a theme that haunts this record just like ghosts of our loved ones that refuse to leave.  It's an amazing concept for a pop record, and may be the most truthful Goldfrapp album yet.  Where they go from here is anyone's guess.

Posted by Jason @ Electric Avenue at 7:11 PM No comments: 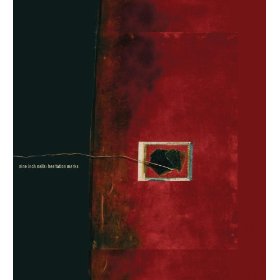 Pennsylvania native Trent Reznor returns this week with one of the best albums of his career, Hesitation Marks.  Coming off a five year hiatus from the band, Reznor has started a family, begun a new band with his wife called How to Destroy Angels (their debut album was released a couple months ago), and recorded movie soundtracks for high profile films The Social Network and The Girl With the Dragon Tattoo (the former won him an Academy Award).  One other major change was getting sober in 2005, and after years of already great music, it seemed like he was tired and just needed a break.  All of these elements combine here to create one of Reznor's most mature and focused efforts of his twenty-five year career.

Nine Inch Nails have always been known for the ability to synthesize rock and technology by going from a whisper to a scream instantaneously.  That happens here as well, but in more subtle ways, and with fewer histrionics.  "Copy of A" is a great example of a song that glides and builds from moment to moment, and while it's a masterclass in programming, it also moves along effortlessly, showing just how well Reznor has internalized his craft and the ability to construct a song.  This is followed by "Came Back Haunted", the lead single from the album--one of the catchiest and most insistent songs here.  The fact that the David Lynch directed video came with a disclaimer that epileptics may be in danger of seizures might make it difficult for some to watch, but it's one of Reznor's best lead singles in a while, yet in a world with Miley Cyrus, he may have to keep working harder to get your attention.  "Find My Way" follows with a sound that is generally more indicative of the album by melding softer keyboard lines and tuned percussion to a lightly throbbing beat.  Here, Reznor find a seamless way to integrate his soundtrack skills and his industrial side into a passionate whole with tinkly piano lines and moody atmospherics.  "Everything", serving as a mid-point palate cleanser, is noteworthy not only for it's brevity and buzziness, but also for being the first song this writer can recall that he has written in a major key, echoing his newfound cautious optimism.

"All Time Low" and "Satellite" address the more aggressive and funky sides of NIN respectively, while "Disappointed" is all clangy precussion and softer rhythms.  While "Various Methods of Escape" is one of the most melodically tuneful songs here (and would make a good single), "I Would For You" and "In Two" are two of the albums best songs, coming late and showing how far Reznor's writing has come since the days of "Head Like a Hole" (Bow down before the one you serve/You're gonna get what you deserve).  They are aggressive without hitting the button marked ANGER, and are followed by the most alarming song on the album, closer "While I'm Still Here".  Notable in its quietude, this song plays like a mantra expressing Reznor's current mental state, and features a skronking sax riff by Reznor himself.  There is also a bit of guitar noodlery courtesy of Fleetwood Mac's Lindsey Buckingham.  In fact, Buckingham, along with guitar maestro Adrien Belew, appear all over Hesitation Marks.  These might seems like strange reference points, but they integrate perfectly into the sonic palate Reznor envisions.  There are also songs tucked within like "Running" that feature nobody else but Reznor (with the possible aid of a studio tech), and illustrate just how self-sufficient and talented this man is.  Now in his early fifties, it feels like he is finally reaching his stride.  Hesitation Marks is a mini-masterpiece sonically more connected to Pretty Hate Machine than anything else he's done, bringing his sound full circle.  Here's hoping the next album isn't another five year wait.

Posted by Jason @ Electric Avenue at 6:33 PM No comments: