We know you all have been very patiently waiting our year end list just to see what music we enjoyed in 2014, and what we recommend you check out if you have not yet done so.  There is an apology that needs to be made here, as we feel we have been somewhat neglectful of our blog lately, which was something we really wanted to pay more attention to when Electric Avenue opened.  Most of this neglect can be attributed to the fact that we were coming to terms with running a new business on our own, and one which has also grown over the past year more than expected (in other words, time was spent in other areas).

While we have had little time to think about updating our posts here, we have channeled the time we did have into interacting with many of you face to face.  It has been inspirational getting to know many of you personally in 2014.  We would like to take a moment to dedicate the following post to our friend, Gary Schade and his wife Katherine, who passed away suddenly two days following Thanksgiving in a tragic house fire.  Gary was one of our best and most involved customers here, and while his loss put a huge damper on the holiday season in many ways, his spirit lives on in all he did to help Electric Avenue, whether alerting us to music he liked by ordering and making purchases, promoting us at every opportunity, or doing little simple fixit jobs to help out around the store.  We would like to remember him as an Honorary Electric Avenue Team Member, and he is already greatly missed.

Enough of the sad and depressing...

Now comes the part Gary was looking forward to and would have enjoyed...our year end list.  Here are the records that moved us the most in 2014.  They are not always the top critical faves (sorry Rolling Stone, U2 was not our #1), but they either had something fresh to offer, were great guilty pleasures, or a return to form for artists from the past.  Some you may have heard of, and some not. Some you may have only heard a clip and really need to take in the whole project to get a true picture of the image being painted.  Without further ado then...

1  FUTURE ISLANDS--Singles
Our favorite record of the year was from a little known Baltimore band with a charismatic frontman in Sam Herring.  It proves that electronic pop music doesn't have to be twee or silly, and with reflective lyrics and riveting vocals, every track on Singles feels like a single. 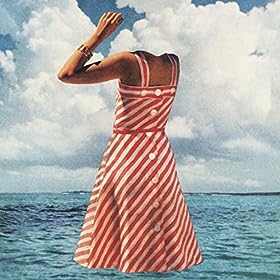 2  PAINS OF BEING PURE AT HEART--Days of Abandon
POBPAH released their most confident album in 2014, with Kip Berman handing some of the vocal reins over to Jen Goma of the similarly cool A Sunny Day in Glasgow.  The tradeoff works well, and songs like "Simple and Sure" and "Eurydice" were some of the best songs of 2014 not to be featured in a John Hughes movie. 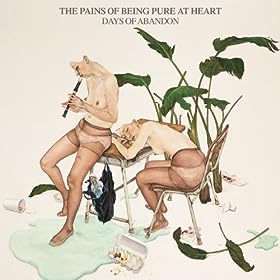 3  PAUL HEATON & JACQUI ABBOTT--What Have We Become?
Unbelievable that a record as good as this was not released in the US.  Heaton is a UK national treasure, between his work with the Housemartins and the Beautiful South.  Jacqui Abbott was the best female singer in the South, and left when she needed a break to raise a family.  Now, Heaton and Abbott are back together with a band that sounds like an amped-up early Style Council, suiting their barbs perfectly (the album ends with the lyrics "Phil Collins must die").  Worth seeking out! 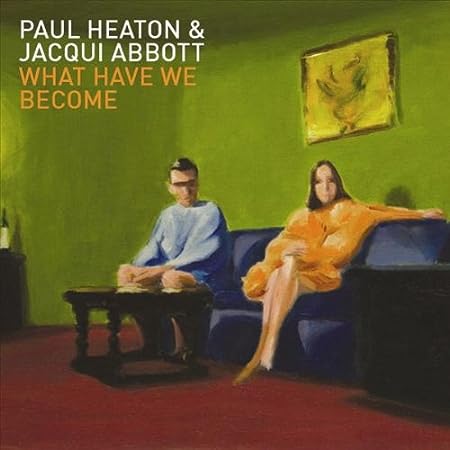 4  MORRISSEY--World Peace is None of Your Business
Even with all the personal, tour, and label turmoil in 2014, Morrissey released his best solo album in nearly 20 years.  Worth the price alone for "Staircase at the University", Morrissey is about to reenter the studio to bang out another one while he's got a great band in tow.  Smart move... 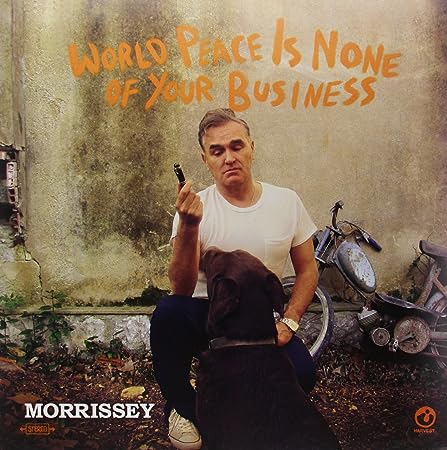 5  LANA DEL REY--Ultraviolence
Some say overrated, some say underrated.  Regardless, she should be rated as one of the best jazz-rock singers out there now.  This album was decidedly more downbeat and hazy than the debut, but the fractured rock details provided by Dan Auerbach of Black Keys work in Del Rey's favor, even if it was difficult getting these tracks to radio.  Voice of a generation? 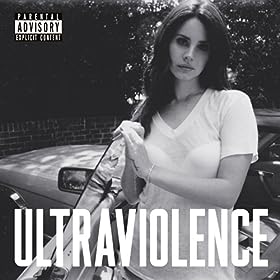 6  BECK--Morning Phase
An early contender for album of the year, Beck's first album in six years was the best Sunday morning album of the year, and featured orchestrations from his dad.  This might just be the album we will all be listening to for the longest time in the future. 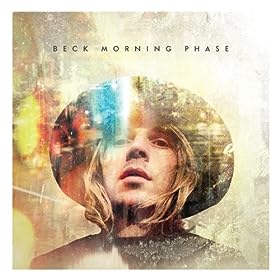 7  WILD BEASTS--Present Tense
The Beasts have similar ethics to those of elder statesmen, Radiohead, yet they still remember how to write a good melody.  Seemingly, their best songs sound like deconstructions of fuller arrangements, and with more keyboard textures and vocals from two excellent singers (graduating from the Peter Gabriel School of Brooding Singers), Wild Beasts have quite a future ahead of them.  Now, if people just knew who they were... 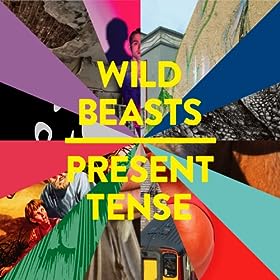 8  BRIAN ENO & KARL HYDE--High Life
The best album to come out this year from a legendary producer and the lead singer of an electronic band (Underworld), this Eno collaboration was one of two releases to come out from this pair in 2014 (Someday World was the other).  This was our favorite of the two, as the songs stretched close to 10 minutes, and the vocals were more sporadically placed, allowing for breath in the arrangements.  A stunning work reminiscent of Eno's work with Talking Heads on Remain in Light... 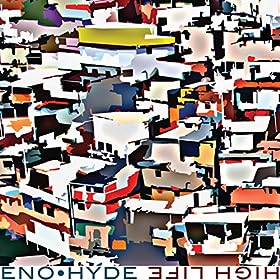 9  NEW PORNOGRAPHERS--Brill Bruisers
Made up of a core trio of amazing artists in their own right (AC Newman, Neko Case, and Dan Bejar of Destroyer), somehow New Pornographers manage to get together and sync up their schedules every few years to make a record, and this one was a corker.  Bejar is such a quirky presence alone, and here he contributes the catchiest track with "War on the East Coast".  Relentlessly catchy! 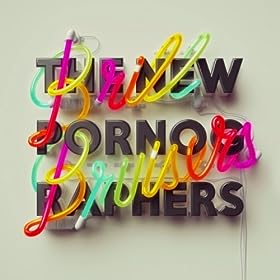 10  DAMON ALBARN--Everyday Robots
Damon quietly turned in his most intimate album in 2014 away from Gorillaz and Blur.  He sounds like the kind of guy you'd hang around and trade stories with, and this one is what you'd want to hear after stumbling home from the bar late at night. 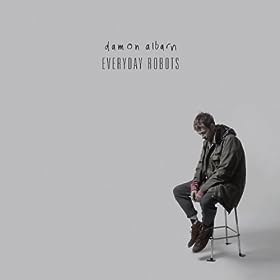 11  THESE NEW PURITANS--Field of Reeds
How did these guys get this together and make it work?  Quirky British art rock goes cerebral...

12  BRYAN FERRY--Avonmore
His best album in 20 years is so confident and self-assured, he never needs to change style again.

14  MARIANNE FAITHFULL--Give My Love to London
This is the latest brilliant record from the Grand Dame.  Nick Cave, Roger Waters, Brian Eno, etc.

15  SUN KIL MOON--Benji
Mark Kozelek may need an attitude adjustment but this was one of the best albums of the year.

17  KYLIE MINOGUE--Kiss Me Once
Guilty pleasure with best pop album of 2014, executive produced by Sia Furler (#44)

19  THE HORRORS--Luminous
Fearless band goes through so many style changes.  Too bad about cancellation of the US tour though

21  ROYKSOPP--The Inevitable End
Their last album with many songs about death and the end.  Sad, yes, but production of the year?

22  MR. TWIN SISTER--Mr. Twin Sister
Another incredible production from NY band who have been through tough times.  More to come??

24  EX HEX--Rips
Riot girls dig up the ghosts of the Runaways and Go-Go's for a fantastic record of short, sharp songs

25  MURRAY LIGHTBURN--Mass:Light
Dears lead singer does it all alone with more electronics on this visceral project.

29  2 BEARS--The Night is Young
We love Hot Chip, and 2 Bears featuring Joe Goddard of HC are not far behind.  This one's great!

32  PREATURES--Planet Blue Eyes
Haim didn't release an LP in 2014, but with records this good, they aren't missed as much...

36  JIMI GOODWIN--Odludek
Solo record from the Doves leader.  Some great experimental stuff here and help from Guy of Elbow

42  RAVEONETTES--Pe'Ahi
"I saw my dad f**k a redhead whore, I never thought I would..."  Overlooked fuzzy masterpiece...

44  SIA--1,000 Forms of Fear
"Chandelier" chanteuse who refuses to show her face makes another very good album.  Why Sia??

46  WAR ON DRUGS--Lost in the Dream
One of the best breakthough albums of the year even if Mark Kozelek doesn't think so...

47  ELBOW--Take Offs and Landings of Everything
Quietly making another album we'll be listening to in 20 years...